I thought to provide you with a VWAP analysis on the E-Mini S&P 500 Futures contract. In my opinion it does not make sense to analyze the usual lower time frame TPO/Volume profiles as they are quite messed up from Friday’s overnight downside session. That said, it is a better idea to look at some higher time frames to understand the current state of the market story. Actually, I will stay aside from this market for a few days but would throw in a short position if a good opportunity arrives. 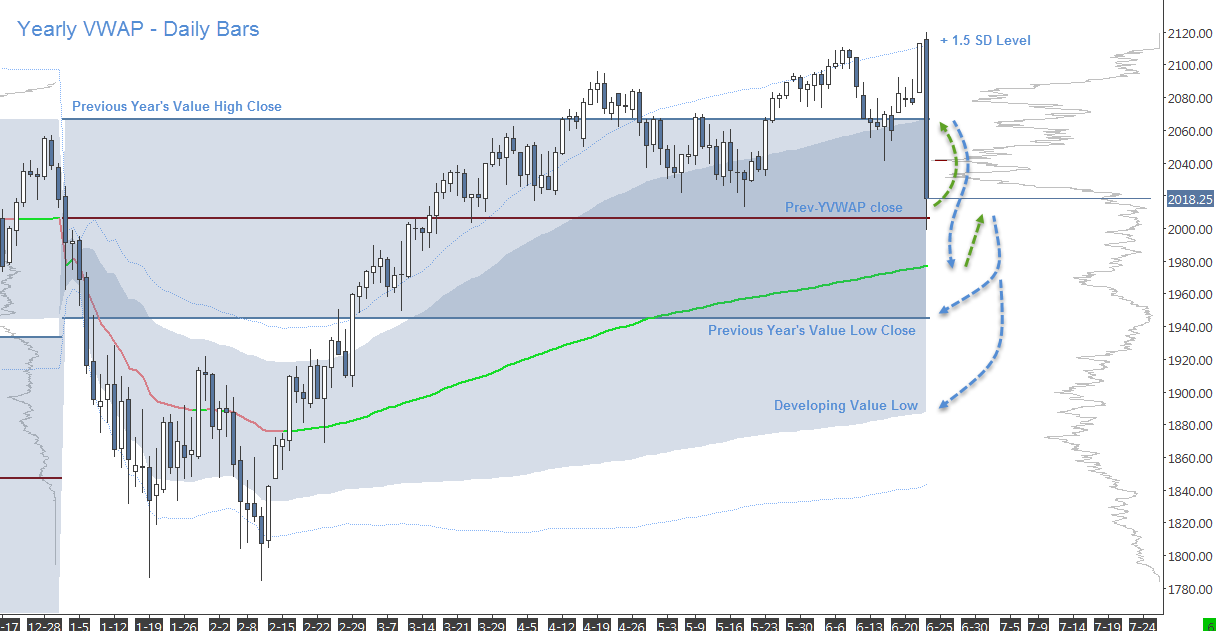 Moving forward to the Quarterly VWAP, we can see a flat developing slope and a quite balanced market behavior. It simply moved from the higher extreme to the lower quarterly balance extreme in a speeded up manner and seem to be heading to the previous Quarters’s value high close level. However, a potential pullback to the developing quarterly VWAP would make sense. 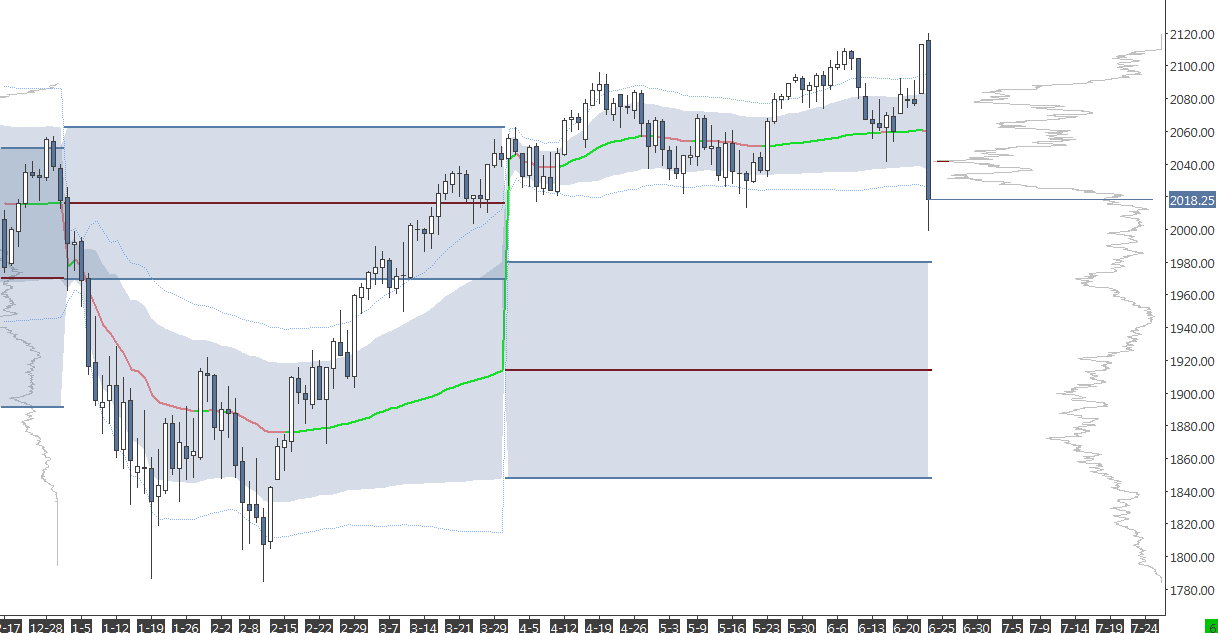 To understand the current balanced macro structure of this market it’s enough to take a look at the plain monthly timeframe. As we tested the month’s balance area high it would make sense to call the balance area low as the destination. However, I don’t know and have no clue about the current state of the Quantitative Easing Program from a particular central bank but could assume a possible disturbance to our lovely destination around the monthly bracket low especially because of the british leaving vote turmoil. I use the continuous volume based, back-adjusted chart to highlight the bracket area for you. Maybe it would be a better idea to use the index cash equivalent for this but I don’t care now. 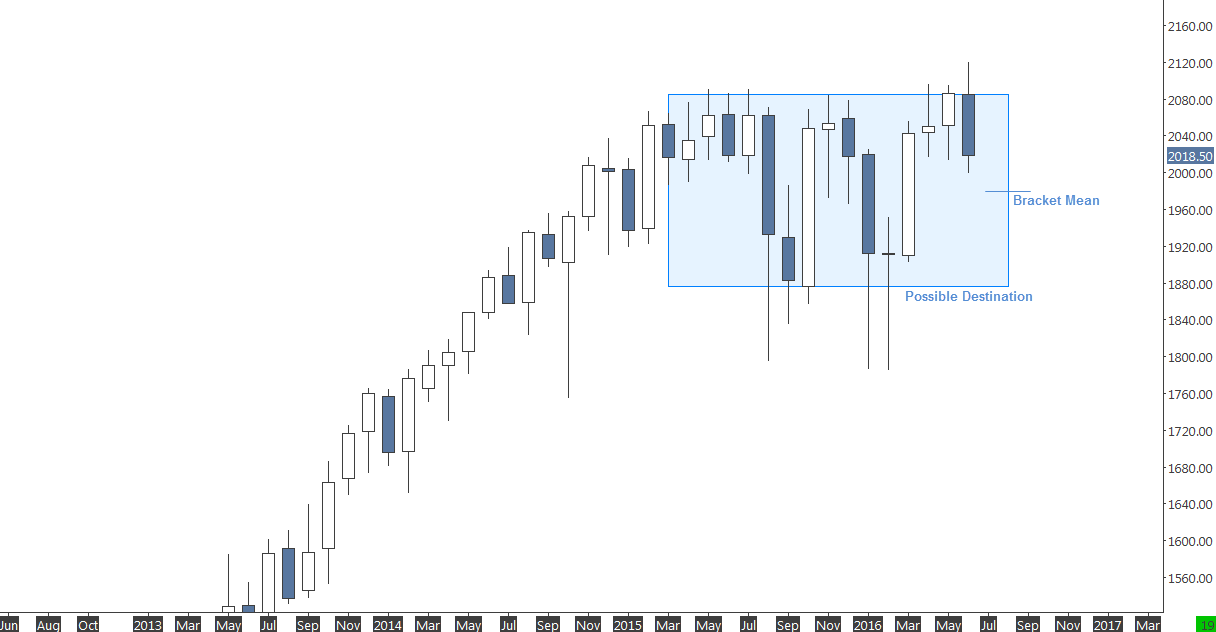 Okay, I care about it. So here is the Cash one: 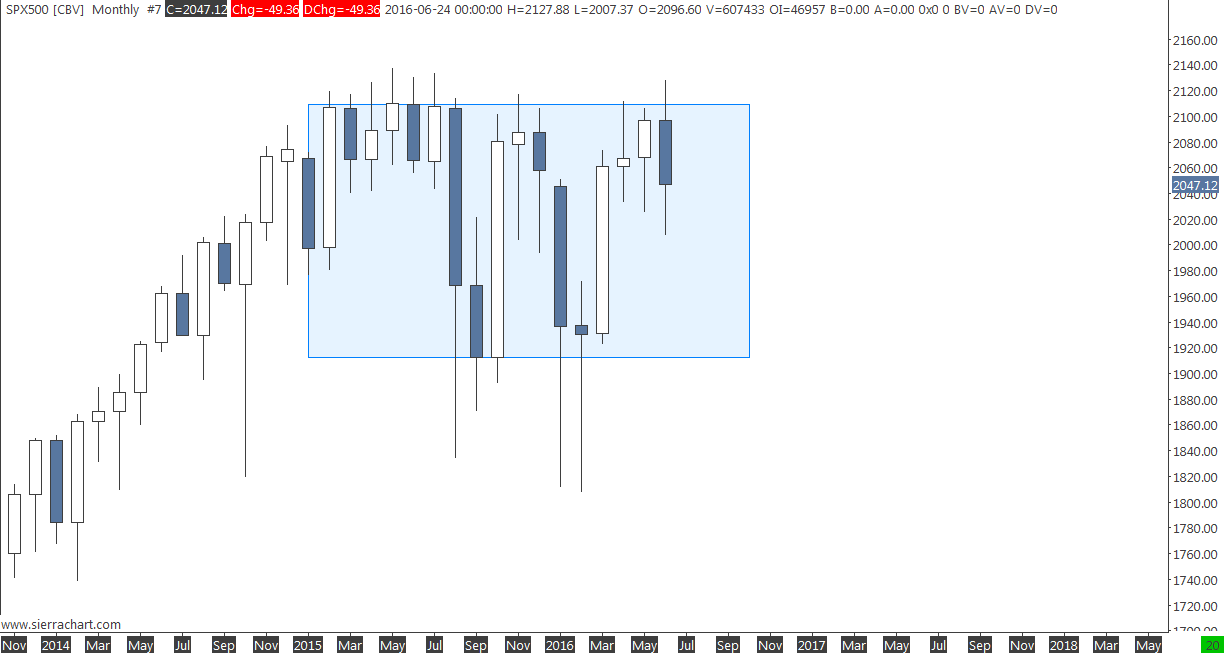 Keep in mind that we are one time framing higher since several years based on the Yearly timeframe. However, we are somewhat broke the previous Year’s low. 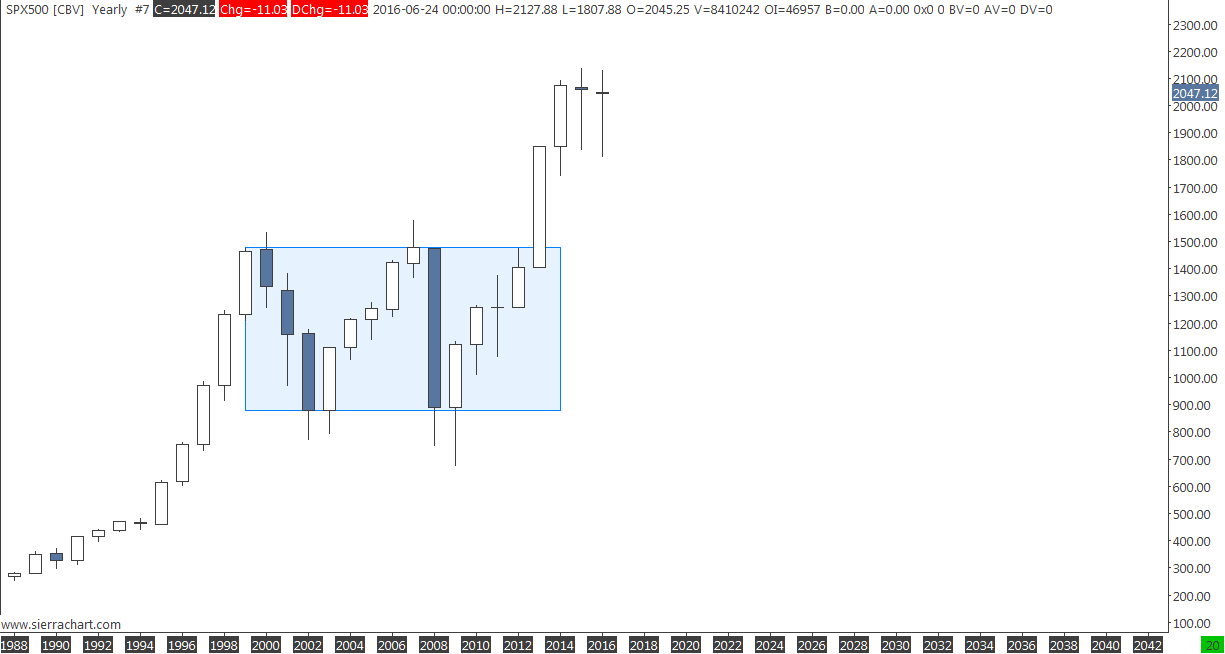 Anyway, let’s move forward to the weekly timeframe. Again, we can identify a balance area and the break below the that particular bracket low. 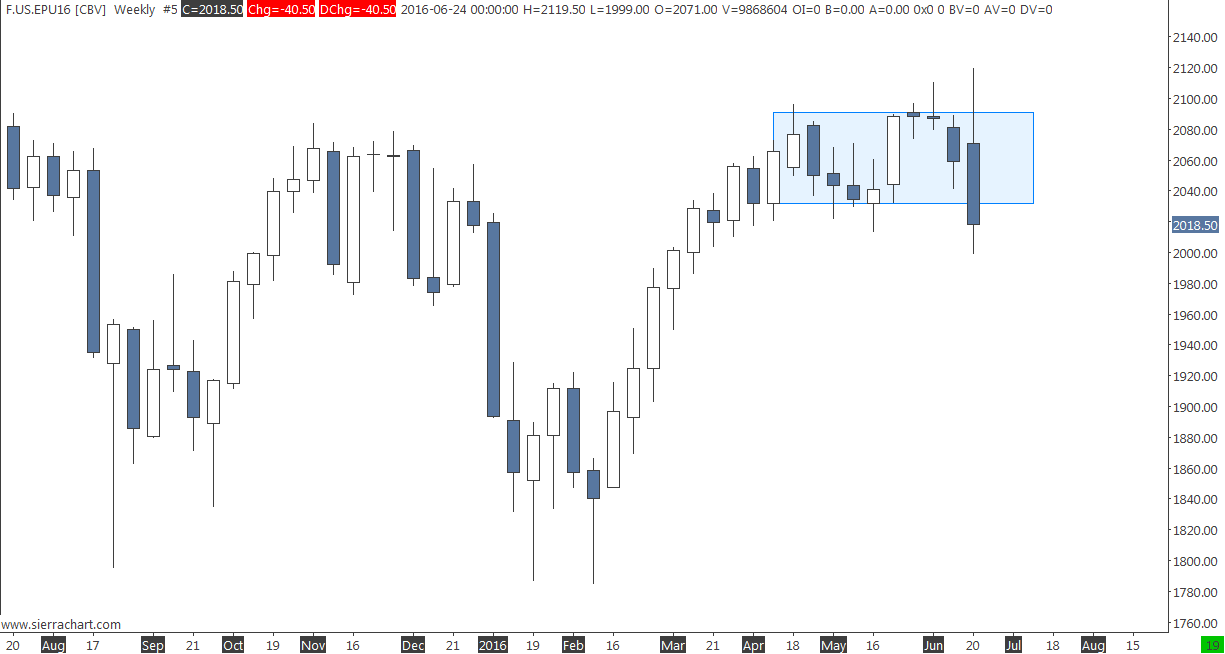 Last but not least the daily timeframe. Friday’s huge move took quite some levels out and the market seem to be heading towards its next downside target. We’ll see where we will open tomorrow. 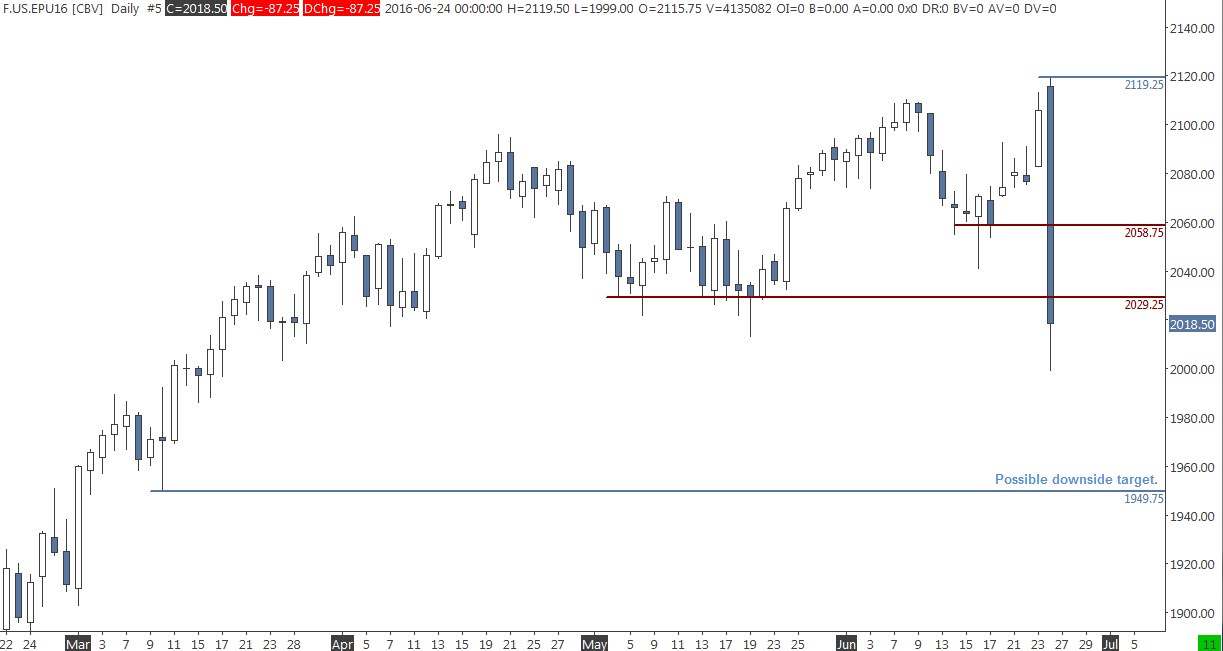